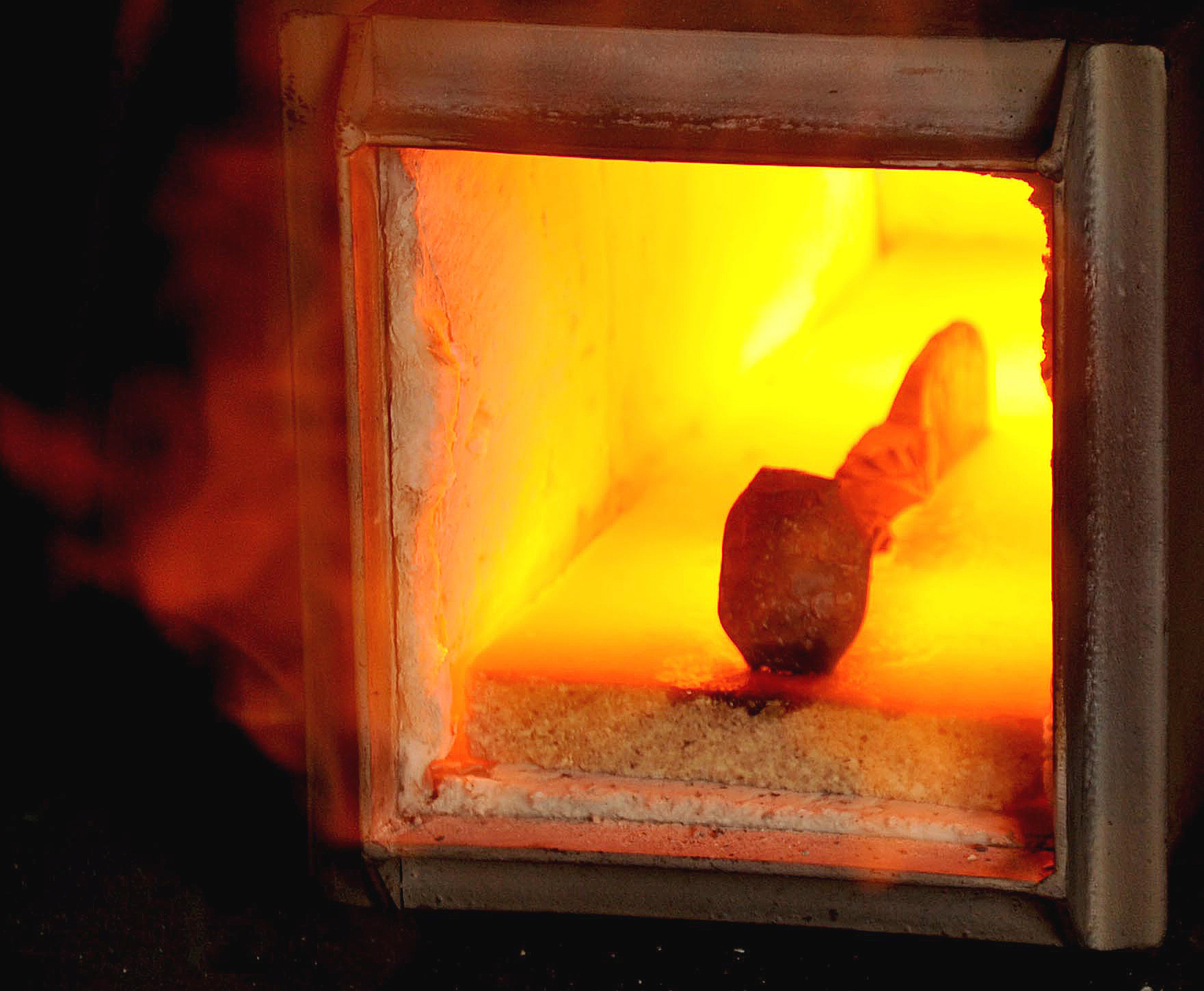 “I try to stick with the old-school stuff and you don’t need fancy tools to make this happen,” says Reed. “I love making things out of steel because steel lasts.” In Reed’s blacksmith shop he uses a hundred-year-old forge, anvils and hand-made tongs from the 1800s blacksmithing era. He says these tools still get used in daily operation for the exact way they were originally made.

Custom work gives him the opportunity to be creative. That’s why he fabricates useful steel and iron parts with that old, primitive look his customers are looking for. Examples of Reeds work are things like railroad ties mounted onto stained oak and turned into rustic coat racks and knives fabricated and polished out of old files. “I do custom work, because I like to stay on the artsy end metal fab work,” he says.

Reed says one big restaurants steakhouse chain wanted a front door with ‘something burly to pull on’. So, he fabricated door pulls out of 1-inch key stock cut into 12-inch pieces twisted and turned into a rustic door handle.

His real love for iron work came from his grandfather.  He would go on jobsites with his grandpa who, when Cole was 7, gave him his first bench grinder.  That grinder is still used today in Reed’s shop. He’s been doing custom fabrication and blacksmithing for the last 12 years and after moving home about 5 years ago he opened his shop in Montpelier last March.

Reed says the manufacturing environment doesn’t give him the same creative outlet he gets when he’s in his own blacksmith shop. There he makes custom foot pegs for Jeeps, gas tanks and fenders for motorcycles, and lots of home décor items for people looking to have that rustic, rugged look. He produces work for clients all throughout the region … always with a keen interest in delivering that look of strong, primitive iron. 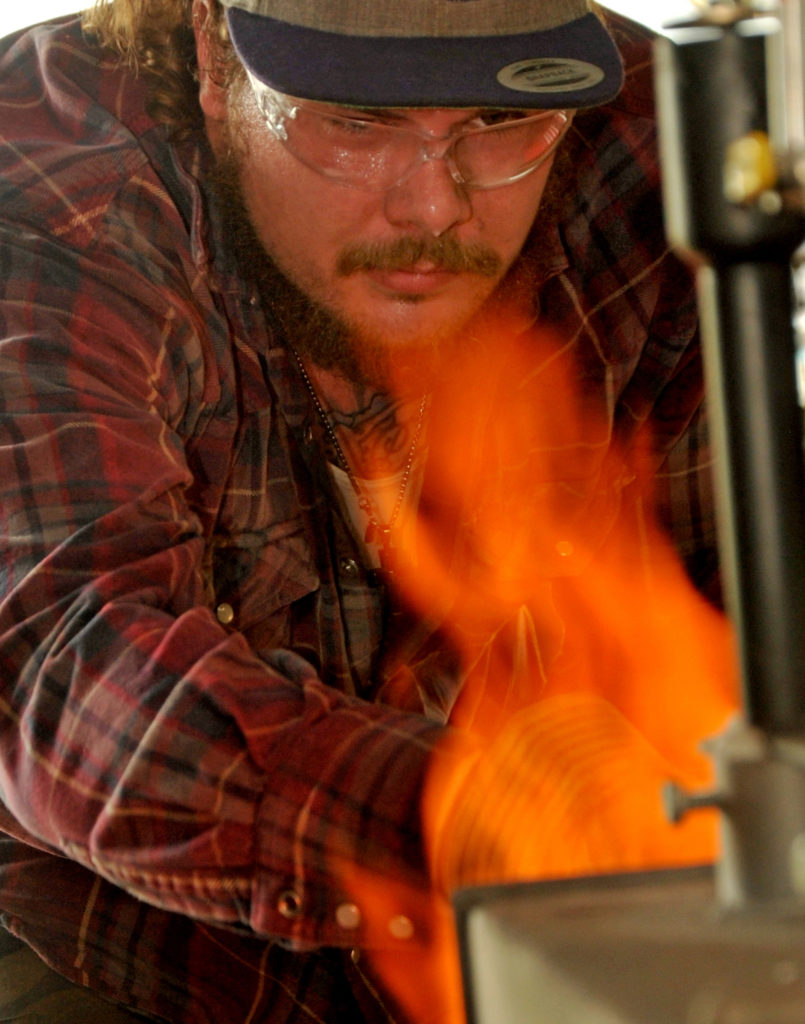