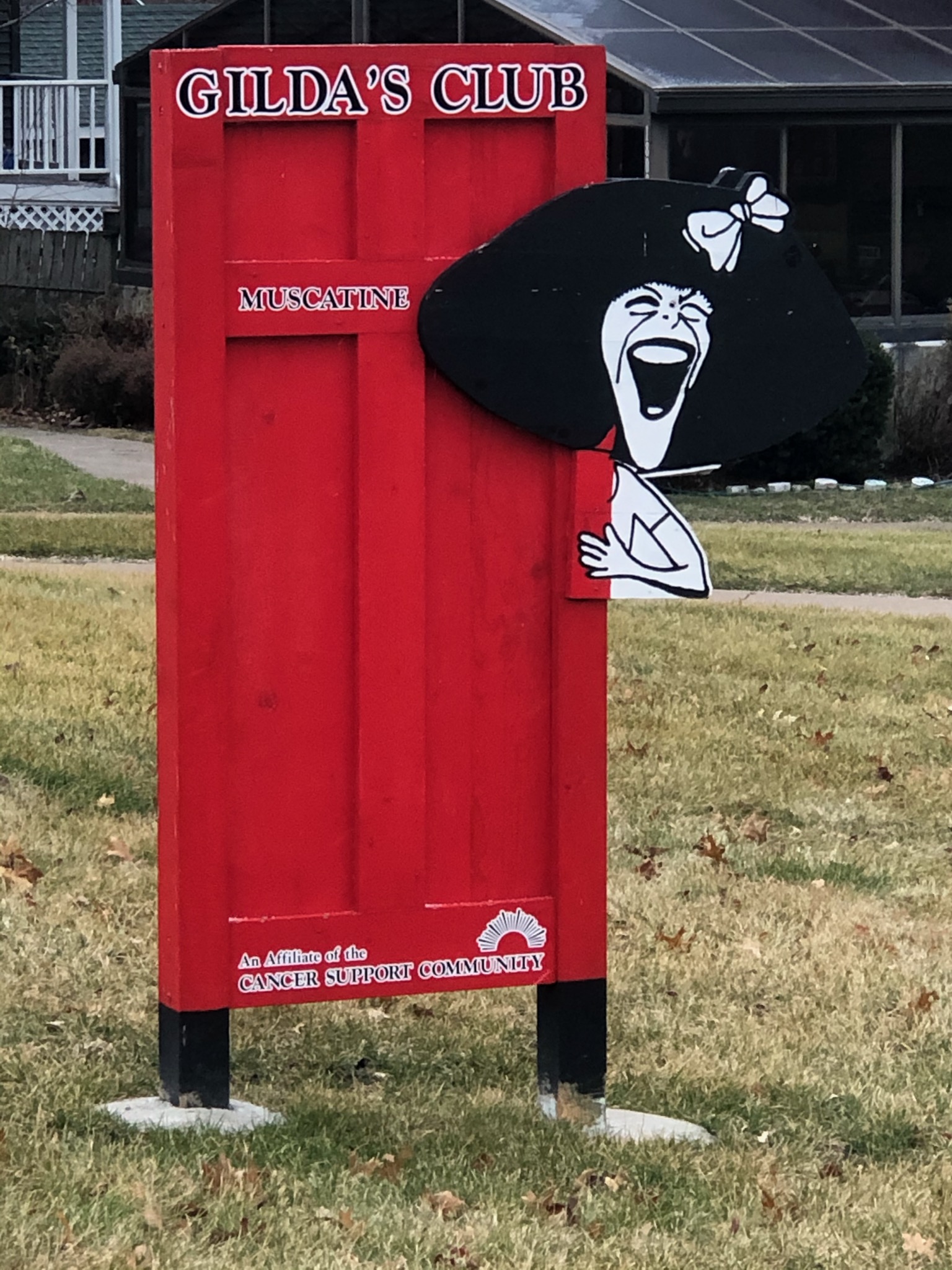 01 Apr Getting Through This Together

Posted at 11:58h in Organizations by GMCCI

The largest professionally hosted cancer support organization in the world has had a local presence for more than twenty years. Gilda’s Club of the Quad Cities opened its Muscatine center in 1998 and has since served nearly 600 people. Programming and advice is organized by licensed social workers and is open to cancer patients, survivors and caregivers and is entirely free.

“Cancer is expensive and we don’t want to add to that,” says Kelly Craft, Program Manager of Gilda’s Club Quad Cities. Craft, a licensed social worker who has office hours in Muscatine adds that in addition to popular programming, services include finding resources and making appropriate referrals for clients. “If we don’t have a program, we’ll find programming and services. Even if they just need someone to talk to they can call as well.”

Gilda’s Club was named for actor Gilda Radner, perhaps best known for her skits as nerd Lisa Loopner, Baba Wawa, and the Weekend Update’s Roseanne Roseannadana for Saturday Night Live where she was an original cast member from 1975 to 1980. The Detroit native married fellow actor Gene Wilder in 1984. The following year she experienced symptoms that were misdiagnosed for ten months until it was determined that she had stage four ovarian cancer. Radner died in 1989 of ovarian cancer, much like several relatives before her. As a result, Wilder helped to establish both the Gilda Radner  Hereditary Cancer Program and in 1991, Gilda’s Club.

Currently there are 56 Muscatine residents participating in Gilda’s Club programming like chair yoga or the rotating workshop, which,  Craft explains is a grab bag of services and can include anything ranging from crafts to nutrition to educational workshops. Chair yoga, a local favorite program, is a gentle way to stay limber and active while recovering from cancer treatments, says Gail Van Hecke, a three time cancer survivor who finished her last treatment in 2019.

“I’ve been surprised how much chair yoga has helped my flexibility, breathing and strength.” Van Hecke says the program is suitable to all cancer survivors despite age, fitness level and physical conditions. “It’s safe and in a supportive space and you can take it (the exercises) home and do it there too.” Van Hecke also touts the camaraderie and social atmosphere of the program. Craft adds, “It (programming) helps to make sure that people don’t go through this alone.”

Visit gildasclubqc.com for up to date information about fundraising events, donating time and money or contributing to wish lists, which include items like store gift cards and bottled water.