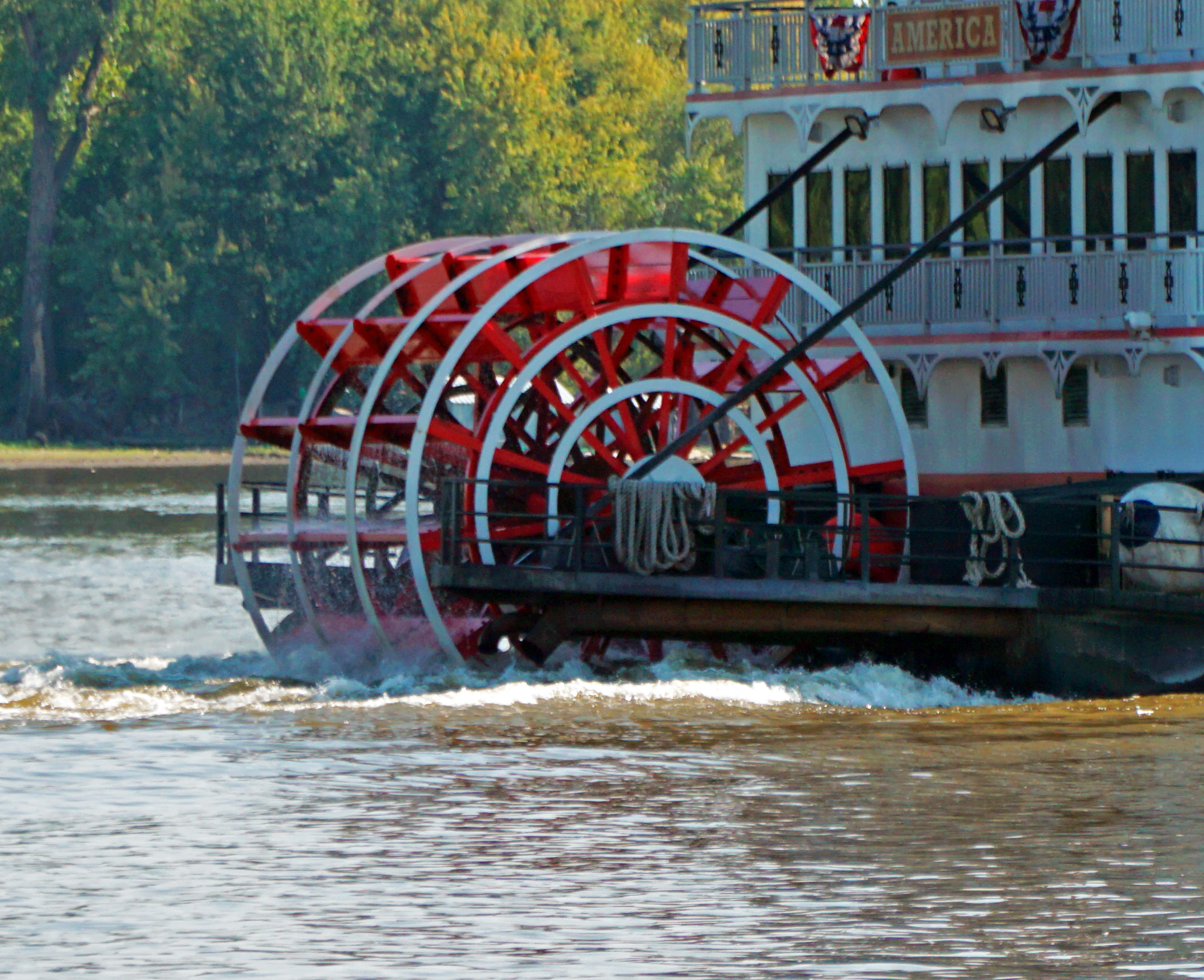 Muscatine, as a community, has had several names including Casey’s Woodpile, Newburg and Bloomington, but none of those names could describe a place as great as Muscatine. Residents kept searching for the perfect identity for their little town. They looked for a name that would be distinctive and set the community apart from all others.

In 1850 it was declared the community’s name would be Muscatine. To this day there are no other communities that share our special name! One former Muscatine resident, Mark Twain, even wrote about Muscatine’s stunning sunsets,

“I remember Muscatine for its sunsets. I have never seen any on either side of the ocean that equaled them.”

Perhaps, Muscatine’s history can best be told through the different industries that have gained prominence here—ones that have relied on the Mississippi River to provide raw materials and as a means of transporting goods to and from other parts of the country. The first people of European descent came to the area to trap fur-bearing animals to sell in the European fur-trading industry. The next to arrive were the loyal soldiers who established outposts along the wild frontier to protect the nation’s flank from warring Indian tribes.

After peace was brokered between the Indians and the U.S Government, pioneers began settling in the area, laying claim to the fertile land which was reportedly great for farming. Soon, there was a demand for goods that stretched in every direction.  Raw materials required to meet those demands were plentiful in the Mississippi River Valley, as were workers looking to earn good wages.

The lumber industry boomed in Muscatine’s early days.  Logs were floated down river to Muscatine where they were milled into board lumber, doors and window sashes. Lumber barons became extremely wealthy supplying construction materials for all of the new houses and barns being built in the region as each new settler strived to achieve the American Dream.  A drive through Muscatine’s historic neighborhoods, which are filled with magnificent homes, is proof the wealth that was created within the community.

By 1905, during the height of button production, 1.5 billion buttons, nearly 40% of the world’s output of buttons, were manufactured in Muscatine. Fifty percent of Muscatine’s workforce was employed in the button production process, from harvesting the shells to shipping the finished product.

Nearing the mid-1900’s, the pearl button industry was in decline.  Mussel beds were exhausted from over fishing and new, more durable materials, favored by consumers, were being developed.

As you visit Muscatine’s historic sites and you gaze upon the beautiful Mississippi River Valley, consider those who have come before, and the indelible mark they have left upon the community.

The lists below are all the buildings and structures that are listed on the National Register of Historic Places.

National Register of Historic Places in the City of Muscatine